We live in a tech-savvy world in which digital technologies have touched every corner of our lives – yet it pays not to be too arrogant. There are still a fair few lessons we can learn from the past. Indeed, the very best books have a timeless quality. They might have been written in an era well before many of today’s inventions were even thought of, yet are still able to tell us something about the present world.

First on this list is a book that has some genuinely useful tips for the modern-day trader. We might all think of the world of finance as being a high-end advanced world fuelled by technology – and that’s right – but this book speaks across the ages to things all traders still encounter. Edwin Lefèvre’s ‘Reminiscences of a Stock Operator’ featured prominently in IG’s Top Ten Trading Books, with the company’s specialists saying that it contains valuable lessons for people opening up trading accounts for the first time today.

Well-written – and, in reality a biography of legendary trader Jesse Livermore – the people reading this book will recognise the self-same challenges, failures and successes from near-100 years ago as posed by the markets to people learning how to trade today.

IG Dealer Ludwik Chodzho-Zajko said: “It’s fascinating to read about someone that lived so long ago that basically goes through the same thoughts and emotions that you would today if you’re just starting out as a trader.”

On face value, this is a 2,500-year-old military text. Yet looks can be deceiving. There’s a reason why this book features high on the reading lists of business leaders and politicians to this day – and that’s because of the key life lessons it teaches us.

Again, don’t be fooled by the military aspect of the text. As Patrick Kim notes, the lessons it contains are relevant for us all and include:

It’s a competitive world out there – and the Art of War can get you ready for it.

Adam Smith’s The Wealth of Nations

This 1776 text sets out the fundamental foundations for economics and, given the turbulent financial world we’re now living in, it pays for us all to understand this a little better. If you want to understand why so many people value the ‘free market’ and still fiercely want to protect it from government interference, Smith is the man to turn to.

As Investopedia notes: “The core of Smith’s thesis was that humans’ natural tendency toward self-interest (or in modern terms, looking out for yourself) results in prosperity. Smith argued that by giving everyone freedom to produce and exchange goods as they pleased (free trade) and opening the markets up to domestic and foreign competition, people’s natural self-interest would promote greater prosperity than with stringent government regulations.”

Others might have picked at Smith’s thesis – but no-one could argue that his words aren’t still influential to this day.

It’s hard to think of a book that’s done as much to inform and shape modern culture as Orwell’s dystopian novel. In the digital age, issues surrounding surveillance, freedom of speech, ‘fake news’ and authoritarianism are even more marked than ever – and Orwell’s work has certainly stood the test of time as a warning against the potential dangers of all of those trends.

Such is the cultural impact of the book that Dorian Lynskey even wrote a biography of it. In a piece for the Observer, he explained: “Nineteen Eighty-Four has not just sold tens of millions of copies – it has infiltrated the consciousness of countless people who have never read it. The phrases and concepts that Orwell minted have become essential fixtures of political language, still potent after decades of use and misuse: newspeak, Big Brother, the thought police, Room 101, the two minutes’ hate, doublethink, unperson, memory hole, telescreen, 2+2=5 and the ministry of truth. Its title came to define a calendar year, while the word Orwellian has turned the author’s own name into a capacious synonym for everything he hated and feared.”

Mary Wollstonecraft’s The Vindication of the Rights of Women

We might like to think that we live in enlightened times in the modern era, but the fight for equality goes on – especially when it comes to closing the gender pay gap, getting diversity into modern boardrooms and giving disabled people better access to the workplace.

A timely – and timeless – reminder of that comes from Mary Wollstonecraft. In selecting this as one of their ’50 books that changed the world’, OEDB hailed this as the ‘first great treatise on feminism’. It wrote: “She argued that women are deserving of an education that is proportionate to their position in society, that of educators and companions. Wollstonecraft demonstrated that inequality is not only morally and ethically wrong, but is also economically and socially irresponsible.”

This engaging account offers a useful shot in the arm to anyone who may have become complacent about the march of progress. 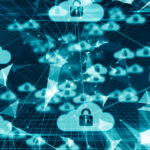 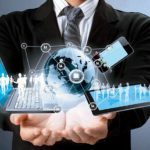 Technological Innovations That Make Traveling Easier Than Ever Before0 Total Shares
Growing Your Business from Home? 7 Pointers, Tech Tips and Realities to Consider0 Total Shares

Technological Innovations That Make Traveling Easier Than Ever Before0 Total Shares