Futurists have the unenviable task of trying to determine what society will look like decades in the future. Unfortunately, they are wrong more often than right. Perhaps it’s because they rely more on conjecture than what society is already showing us. The legal sector certainly does not want to make that mistake.

With the rise of legal tech comes so many questions about what the future of law will be like. It is easy to say that technology will eventually replace judges and lawyers with impartial machines capable of meting out justice equally and evenhandedly. But is such an assumption realistic? Maybe. The people behind the NuLaw legal case management application say that there are numerous technologies currently in use that show us the possible direction of law over the next decade. Some of them are established while others are still experimental. Perhaps we can get a good idea of the future of law by paying attention to how these technologies evolve.

Automation in the Office

At the top of the list are automation technologies found in the local law office. For example, NuLaw subscribers enjoy automated calendaring that applies a series of rules to automatically schedule events without human intervention. Automated calendaring saves quite a bit of time and reduces the risk of calendaring errors.

Automation is now utilized as an e-discovery tool. Automation makes it possible for computers to scan unlimited numbers of documents looking for keywords and phrases, a process that can take attorneys and legal aids days. It can even be deployed for creating standardized documents, like contracts for example.

Although the technology enabling electronic court filings has been around for a while, courts are just beginning to adopt it now. As they do, they are becoming more efficient and accessible. Do not ignore the significance of this development. What is simple electronic court filing today looks like it could be something much bigger tomorrow.

There are currently a small number of systems capable of settling small claims civil disputes using machines. One such system is being tested in China. The system allows both parties to submit evidence online. Software with on-board artificial intelligence analyzes the evidence and renders a verdict. For now, the verdict must be sent to a human judge for review and finalization. However, China expects to eliminate the human judge at some point in the future.

These sorts of technologies should solve the accessibility issue that now exists within our legal system. Rather than hiring expensive attorneys, your average citizen who could not otherwise afford legal representation will turn to a court that offers automated service.

If automated litigation doesn’t do it for you, consider other technologies that rely on big data and analytics to predict case outcomes. Such technologies already exist. Moreover, their level of accuracy is gradually improving over time. The systems crunch untold volumes of data from past cases to predict how a current case will end up.

Such technologies are more than just case management applications. They look at past cases of a similar nature, the histories of the attorneys trying the case, previous decisions by the same judge, and other data points to render a prediction. How will this help the legal industry? By giving attorneys and their clients a more realistic look at case outcomes before litigation begins.

There are plenty of technologies now in use that show us what the future of law might look like. Law will still be law a decade from now, but it will most likely be practiced differently. 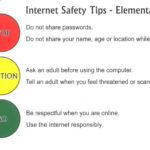