When cable companies began offering internet and phone services as part of their standard offerings, people jumped on the good deals being offered. For example, many companies offered heavily discounted services for the first year and threw in premium channels like HBO and Showtime for free. These bundles were irresistible to the average consumer.

Bundling tech services has become an exceptionally profitable industry. Entrepreneurs looking for business ideas would be wise to consider getting into this market. Although it’s a competitive market, there’s always room for more.

You’ve probably heard about the expanded services offered by well-known corporations like Comcast/XFinity and Verizon. However, there are new players in the market making a name for themselves. For instance, Spectrum Mobile is a mobile phone service that also offers home internet, television, and movie streaming services.

New businesses are able to enter the market because many of these services can be virtualized, bypassing the need to use onsite infrastructure. DSL companies can provide high speed internet through the phone lines and streaming services can be provided in the cloud.

Today’s consumer wants access to streaming entertainment on mobile devices so they can watch movies and television from anywhere.

While tech companies have been combining their services for decades, today, the focus is on streaming services. In fact, many businesses start offering streaming movie services and then branch out to home internet and digital phone services.

Why streaming services are getting popular

The main reason streaming services are popular is because people want to watch their shows on demand, not on a network’s pre-made schedule. Streaming services make virtually everything available at any time.

Gone are the days when you had to wait a week to watch the next episode in a TV series. Today’s media consumers are all about binge watching entire seasons at once. You’ll be hard-pressed to find anyone who watches one episode of shows like 24, Friends, and Game of Thrones. People want to watch their television shows whenever they want, and streaming services make that possible.

The other reason people love streaming services is because it gives them access to tailored content. For example, Netflix suggests movies based on previously watched movies and users can tell the algorithm if each movie is a match or not. The algorithm learns a user’s preferences and will tailor new suggestions based on that input.

The popularity of streaming means a bigger paycheck for media companies

Media companies that lease their rights to streaming services are starting to realize how much money companies like Netflix have been making off their content. Now, these media companies are launching their own streaming platforms and not renewing the rights previously granted to streaming companies.

Those who pay for a Netflix subscription to watch shows like The Office are going to be in for a huge shock in the near future. NBC – the network that owns the rights to The Office – is not extending the contract. After January 2021, Netflix users will no longer be able to stream The Office. However, The Office will be available on the new NBCUniversal streaming platform.

Similarly, Disney launched a streaming platform where subscribers can watch shows like The Simpsons and Marvel and Pixar films. This means big bucks for media corporations and more subscriptions for consumers.

In the age of coronavirus, streaming services will only grow

If there’s one thing that will ensure streaming services remain popular despite the extra cost to consumers, it’s the coronavirus pandemic. Currently, many parts of the world are still on lockdown or stay-at-home orders and people need a source of entertainment. For many, streaming movies is their first choice.

Streaming platforms may change their terms and content over the years, but people will always be willing to pay to binge watch the media they enjoy. 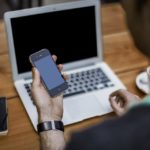 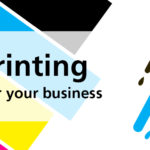 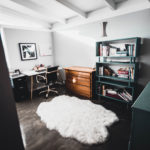 Floors for your Office at Home0 Total Shares