Despite some claims that mobile app growth is slowing down, the demand for high quality mobile apps as we delve further into the digital age is only increasing.

With the internet at our fingertips, mobile app users know more about technology than ever before, and are demanding the best of the best.

This has left many new and experienced app developers questioning which app development approach is the best—not only for them, but in general.

The truth is, this will differ completely depending on a number of different factors, including your project type, your budget and your goals.

To help you make your decision about whether a hybrid or native mobile app is the best option for you, we have put together some information about the two.

We have also provided you with things to consider when making your final decision about the development process you choose.

A hybrid mobile app is a combination or a native app and a web app.

Many in the tech world consider them to be the best of both worlds as they leverage the benefits of native apps while also being available through both the Apple App Store and the Google Play Store.

Ultimately, they appear similar to a native app because you can download them from an app store and have them on your home screen.

The big difference is that they rely on a browser that is embedded within the app.

This makes them much quicker to develop because most of the development process is done using standard web technologies.

Another benefit is that they offer a budget option for developers who can’t afford the $270,000 average development costs of an app.

One of the disadvantages of a hybrid app is that is may be more challenging to achieve some native experiences as the app is created to suit both platforms.

The app may also lag dependent on the quality of the technology used, and the user’s device capabilities.

To put it simply, native apps are ones developed for specific devices using platform-specific programming language.

This means that an app developed for the Apple App Store will not exist on the Google Play Store.

This genuinely native experience means that these apps provide a fast, responsive and robust experience to the user.

They can also work without an internet connection, which is a bonus for people with limited data plans.

Despite this, the native app does come with some negatives.

The biggest one is that they completely exclude their target audience on platforms other than the one it has been built for.

Digital Authority Partners also explains that native apps are more expensive than hybrid apps because they have different coding for Android and iOS devices.

How To Choose The Best Option For You

As mentioned above, developing an app can be an extremely expensive process, which is why your budget is so important to consider.

If you have a limited budget, the hybrid app might be ideal as it allows you to appeal to a wider audience without bankrupting yourself.

Equally, if your budget isn’t small or limited, the native app may be a better option for you.

Is there a matter of urgency in releasing your app to the world? Is there marketing that relies on your app being released?

If this is the case, choosing the hybrid option may be better as it’s quick to set up.

If you’re looking for quality and have the opportunity to wait for something good, choosing the native app might be the better option.

When creating an app, it’s incredibly important to consider your target audience.

This can cover the niche you’re targeting.

If you’re appealing to a technology market, for example, you may want to choose a native app as this audience are likely to pick up on the type of app used.

Alternatively, if you’re targeting people who read, you might not need to worry so much about the technology and could choose the hybrid option instead.

If you’re targeting the Chinese market for example, you’ll want to choose the native option because it loads faster as 73 percent of Chinese people expect technology to load in 3 seconds or less.

When the average U.S smartphone owner checks their phone 47 times a day, you want to make sure that your app is one they frequent during their checks.

This is why user experience is so important, and something you want to focus on when making your decision.

If you’re developing a game app, you may want to use the native app as this has less opportunities to lag and will lead to higher satisfaction rates with users.

Equally, if you’re creating an app where loading times and lag don’t matter too much, the hybrid option may meet your needs fine. Not sure where to start? You can always consult a product development agency to figure out the best approach (here’s a great list.)

People might be demanding the highest quality apps on the market, but it’s clear to see that there are many other deciding factors in choosing the best mobile app approach for you.

While the native option might be better for those releasing game-based apps who want to prevent lag and allow the use of the device’s features, this isn’t the case for every app on the market.

In reality, the hybrid app is a great option for people who are on a budget with perhaps less time to spend on the project.

This approach allows people to produce something they are proud of, without losing much of the quality and spending more money.

If you’re still not sure of the option that works best for you after reading this article, it might be best to talk to a mobile app developer who can help point you in the right direction.

To read more on topics like this, check out the home tech category 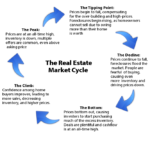